They are long-legged waders that are found in wetlands. The Ardeidae family with Herons also includes Bitterns and Egrets but here I am going to talk solely about Herons.

They show very little sexual dimorphism in size as well as characters. They also have powder down which is seen in very less groups of birds. They can also curl their necks to form an S shape which they usually do during flight.

They are carnivorous and feed mainly on crustaceans, molluscs, fish and other insects. Before swallowing their prey, they usually manipulate it.

The largest member of this family is the Goliath Heron.

The other members which I am going to talk about in this section are as follows: 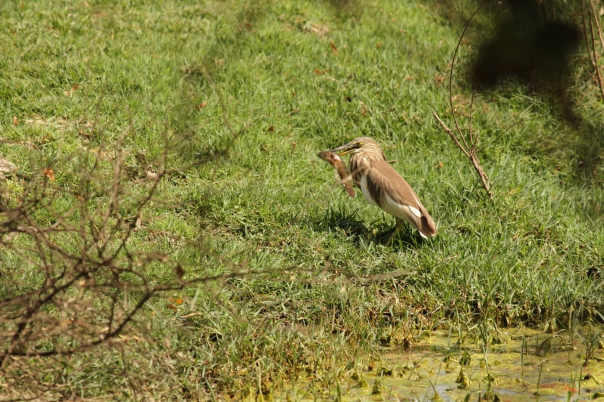